Here’s a basic explanation: there is one God in three persons—Father, Son, and Holy Spirit. Each person is fully God, possessing the same divine nature, character, will, and authority. God is one. That said, the persons are not each other. The Father is not the Son, the Son is not the Holy Spirit, and the Holy Spirit is not the Father or Son. They are not three Gods, but rather one God. At some level, the triune nature of God is a mystery but, as we will see, we can affirm the Trinity without fully understanding it.

There are many ways to understand the Trinity more deeply. I would start by reading helpful books like On God and Christ by Gregory of Nazianzus or Delighting in the Trinity by Michael Reeves. But first, it’s important to restart your framework. You need to undo your own Trinitarian theology before learning how to do Trinitarian theology.

So, how can we misunderstand the Trinity? Here are three foundational ways. Each point will setup and flow into the next one.

1. By Misreading the Bible

A very basic understanding of the Trinity comes from reading the Bible, particularly the New Testament. We are completely misreading the Bible if we can’t at a basic level see the Father, Son, and Holy Spirit in action.

In some of our most famous passages, we see the Trinity at work. In John 1:1-18, we see that Jesus (“the Word”) is God and was with God (the Father) in the beginning. We see in John 3:16 that the Father sent the Son into the world. In Matthew 1:18-25, we see that the Holy Spirit made Mary pregnant with Jesus through a divine miracle, and that Jesus’s name means “God saves” and “God with us.” In Romans 8, we notice that the Holy Spirit plays a significant role in our salvation, adoption as God’s children, and even our prayer life.

“If we could fully understand an infinite God with our finite minds, he probably isn’t God.”

We could also look at Ephesians 1:3-14, in which we see the Trinitarian shape of salvation: the Father gives us spiritual blessings, Jesus’s blood brings forgiveness and access to those blessings, and the Holy Spirit seals us so that we never lose those blessings. In Matthew 9:1-8, Jesus says that he can forgive sins, which is something only God can do—in fact, he’s charged with blasphemy for claiming to be God! In Mark 3:28-30, we are told that it’s possible to blaspheme against the Holy Spirit, and blasphemy only applies to God. So, when Deuteronomy 6 says that “God is one,” it means that God really is one. But when we read the whole Bible together, we are forced to rethink what exactly we mean by “one.” The Father, Son, and Holy Spirit are one, but they are also three.

This is just a brief sampling, but it reminds us that we can understand the Trinity through a plain reading of the Bible. God is not hiding himself from us. He wants us to know him.

2. By Thinking It’s Only for Academics

This leads us to our second point. The doctrine of the Trinity is not just a boring theological exercise done by academic elites on seminary campuses. The doctrine of the Trinity is the fundamental affirmation of Christianity because it describes our God. The one who saved us. Salvation is Trinitarian. The Father sent the Son, the Son lived and died and resurrected, and the Holy Spirit is sent to live inside of us as God’s temple.

When we worship the Father, Son, and Holy Spirit, we are worshiping the one God of the universe. This is a mystery that theologians have been sorting out for two thousand years, but that doesn’t mean every Christian everywhere can’t at some level understand and affirm it. God has given us what we need to understand who he is, but he is God, which means he can’t be put in a Petri dish and analyzed like fungus. If we could fully understand an infinite God with our finite minds, he probably isn’t God.

We are dying to find ways to explain the Trinity, and understandably so. But typically, when we begin using analogies and illustrations, we confuse rather than clarify what the church has taught about God for thousands of years. Let’s examine two common examples.

“The Trinity is like water—liquid, steam, and ice. The same substance, but in different forms.” But this violates the personhood of the Father, Son, and Holy Spirit. First, water can be transformed into liquid, steam, and ice, but the same water cannot be all three at the same time. Water appears in different forms or modes, but never does so while at the same time maintaining its essential water-ness. Second, we cannot split the persons of the Trinity into three different parts. While liquid, steam, and ice are forms of the same substance, the three forms of water sitting on a table exist entirely separate from each other. The Trinity, on the other hand, is always unified and the persons never exist or act apart from their divine nature and mission. Finally, illustrations like this demean the life of God. Water is merely an inanimate object, but God is a living God and full of love, righteousness, justice, holiness, and countless other beautiful and active qualities. Comparing the Trinity to water would, in a sense, be like comparing a human brain to a shoe. In the end, there really are no comparisons.

Ultimately, this illustration falls into the trap of an old heresy called Modalism, which states that the Father, Son, and Holy Spirit are different modes or faces of God seen at different times and in different ways, but are not individual persons existing eternally alongside each other.

Comparing the Trinity to a three-leaf clover (shamrock) is another illustration to which we commonly gravitate, in which the Trinity is compared to the shamrock being three cloves or leaflets attached to one branch. Though this illustration has been used at times in church history, it also fails to due justice to the Trinity. First, this analogy would assert that the persons of the Godhead are three different parts of God, with each part making up 1/3 of the Trinity. However, the Trinity is comprised of three persons who are each fully God—each person is not a 33.3333333% part of God, but each is 100% God. Further, the cloves of the shamrock are extremely distinct and separated, only attached to the branch from which they spring. This illustration can also give the impression that each person is his own God, sharing some sort of similar root, but not three persons being fully unified and sharing the unique and exact same nature. Ultimately, this illustration falls loosely into an old heresy called Tritheism, which states that there are three gods, not one God.

In both cases, we turn into heretics while trying to describe the orthodox understanding of God. Instead, we should lean into the mystery and be in awe of the God who is both totally beyond us and yet entirely close to us. We should cite the biblical examples above, making use of the language the Bible gives us rather than creating our own. It may sound silly, but using these kinds of analogies are completely unnecessary because God has revealed himself plainly in the Scripture he’s given to us. Why do we need more than that? 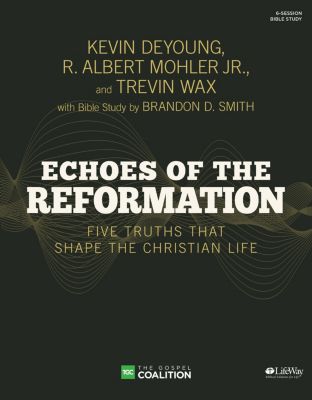