A refuge and strength. An ever present help in times of trouble. A stronghold and fortress. These are just some of the ways that Psalm 46 describes our God.

It’s one thing to describe a place of refuge and protection when the skies are sunny and the bank account is full, but that’s not what’s happening in this psalm. The circumstances highlighted therein serve to heighten our need for an impenetrable stronghold:

We tend to look at verses like these and treat them metaphorically. Who among us hasn’t felt like the earth around us was shaking? That everything that we thought was stable was suddenly in motion? When the very foundations of our lives are suddenly thrown into turmoil? It’s times like that when we need a refuge. We need a fortress. We need somewhere—or Someone—we can go to and know that here, if nowhere else, is stability. Is tranquility. Is peace.

But there’s something else lurking in this psalm. Something that takes these words from the realm of metaphor into the arena of reality. It’s something that, if we’re not careful, we can easily pass over. If you look up to the top of the psalm, right after where it says “Psalm 46” and right before where it says “1” you find that this song is credited to the sons of Korah. And that note of authorship is going to take you all the way back to the Book of Numbers.

That’s where you find that Korah, one of the Levites, had become dissatisfied with his station in the Israelite camp. Here were Moses and Aaron, always talking about God and giving direction. “God said this” and “God said that”—over and over again, and Korah had had enough. After all, wasn’t the entire community of faith holy? Weren’t these all God’s chosen people? What right did Moses and Aaron have to command the entire assembly? That’s the question Korah and his gang asked, and Moses answered them:

“Tomorrow morning the Lord will reveal who belongs to him, who is set apart, and the one he will let come near him. He will let the one he chooses come near him. Korah, you and all your followers are to do this: take firepans, and tomorrow place fire in them and put incense on them before the Lord. Then the man the Lord chooses will be the one who is set apart.”
– Numbers 16:5-7

So that’s what they did. But it didn’t work out as Korah had planned:

“The earth opened its mouth and swallowed them and their households, all Korah’s people, and all their possessions. They went down alive into Sheol with all that belonged to them. The earth closed over them, and they vanished from the assembly.”
– Numbers 16: 32-33

The rebels were swallowed up. Every trace of them was wiped away. Every trace, that is, except a handful of Korah’s children. The Lord allowed them to live, and evidently, these sons of Korah learned their lesson. They went onto become some pretty awesome Israelite worship leaders, later penning the words to Psalm 46. But that back story changes our perspective on the words of the psalm, doesn’t it?

God was a refuge from God.

This isn’t metaphor. This isn’t just a set of unfortunate circumstances. This is judgment language. These are the descendants of those who were actually swallowed up by the earth, and they were destroyed at the very hand of God. For the sons of Korah, God was indeed a refuge, but God was a refuge from God.

For when God is against you, where else can you turn except to God?

We might, then, look at Psalm 46 and see God as a stronghold when times are tough. When the money is lean or the health isn’t right. When the relationships are falling away and the future is uncertain. Or we might look at it and recognize that all of us were once under judgment as well. We, too, were destined to go down into Sheol as a consequence for our rebellion. God was against us.

“When God was against us, He was also for us.”

But God was also our refuge. He imposed His judgment upon Himself at the cross. He took His own wrath that we might be safe in His arms. When God was against us, He was also for us. So when we were running from Him, the only place for us to go was to Him.

The punishment of God, on God, has brought us peace. And now we can truly embrace the exhortation of the psalm. Not because everything in our lives is right, but because God has Himself become our refuge from Himself: 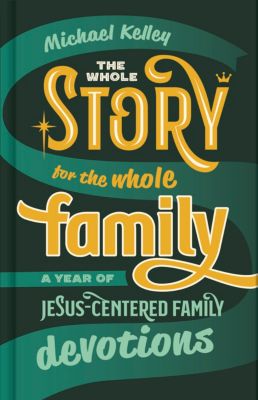