In this video from her keynote at Lifeway Women’s Leadership Forum in 2017, author Lisa-Jo Baker talks about how we’re anointed and we’re qualified–not because of our own strengths and skills and backgrounds–but, because Jesus is qualified.

You are the anointed of the Lord.

I know that your mind flits, sort of like Screwtape describes, between the word “anointed” and between your actual life. Right? I know because that’s what I do too.

I think “anointed” and I think, David. And I think, Samuel. And then I think, Peter and John. And then I think, Lisa-Jo…likes Netflix. And just likes to just sit on her couch for long periods of time and once got in a fight with her husband right before she got on a Facebook Live to teach people about Jesus. Like, really? I’m anointed? I don’t know how I feel about that.

When I think about what it means to be anointed, I think sometimes we spend too much time looking at who Peter, Paul, John became. But I want to walk us back to where we first met them on the beach fishing. Not a glamorous career choice.

Something that’s very interesting when I was unpacking this period of time, is that these first initial disciples – Peter, Andrew, James, John, Phillip – they were all living in a really tiny town called Bethsaida. If you translate that, it literally means “fish-town”. Today we’d call it something like “Fishington”.

In South Africa, in the Cape, there’s actually a city called Fish Hoek. And I know this sounds to you guys like a “fish-hook”, but that’s not it. Hoek in afrikaans means “corner”. So it’s the “Fish Corner”. This is where people fish who are fishermen. This is where they lived. A tiny town that fished.

But it was located in the larger area of Galilee. Now interestingly enough, Galilee was known for its discipleship culture. It was an area that people traveled to to become apprenticed to a rabbi. How interesting, right? Here’s an area of fishing and around it are people coming to look for instruction.

But here’s something that I hadn’t realized when I used to read these passages growing up. When people approached a rabbi, it wasn’t a given that they’d be accepted. Rabbis didn’t walk around calling people the way we know Jesus did. No, no, no. Rabbis… Imagine instead of a rabbi, Harvard University. People had to apply. They had to be considered qualified by the rabbi. Accepted, invited by the rabbi. They had to meet a certain threshold of acceptability to be qualified to become a rabbi’s disciple.

Matthew chapter 4, starting at verse 18: “As He was walking along the Sea of Galilee, He saw two brothers, Simon, who was called Peter, and his brother, Andrew. They were casting a net into the sea since they were fishermen.”

They had not made the cut, okay? These guys, in the very beginning, they’re you and me. That is how we feel too. They were fishing.

“‘Follow me,’ He told them, ‘and I will make you fish for people.’ Immediately they left their nets and followed Him. Going on from there He saw two other brothers, James, the son of Zebedee, and his brother, John. They were in a boat with Zebedee, their father, mending their nets and He called them. Immediately they left the boat and their father and followed Him.”

This has always felt weird to me, this part, the “immediately they left and followed”.

I came to college in the states. I left South Africa and I came and it was a very sad, painful process. Every time I got to the airport, my father would put one of those luggage stickers that say, “fragile”. He’d stick one to his body. And he would just stand there and like, weep. And I would be like, “Dad. I can’t every time go through this with you.” He’d just be like, “Just, I’m so proud of you. I’m fine. This is – I’m fine.” He was never fine. It was always traumatic. One of my big life goals is for all my children to go to school right within a two-hour radius of my house. Okay?

But these guys, they left immediately. This is why. They were getting a second chance. A second shot. A rabbi had come to call them. Right from the beginning, breaking with tradition, Jesus doesn’t wait to pick the most qualified. He comes to find the guys who are basically the rejects. He comes and calls them to follow Him. You bet they dropped everything and they went. Their dad knew what they got.

It would be like a Harvard recruiter arriving at community college and saying, “Guess what? You get a full-ride. Come.” I’m telling you, we’re all going to tell our kids, “Drop everything and go man. Go study with him.” That’s what happened.

You and I, we’re anointed and we’re qualified, not because of what we’ve done, but because of Who calls us. Jesus’ call is what qualified them. 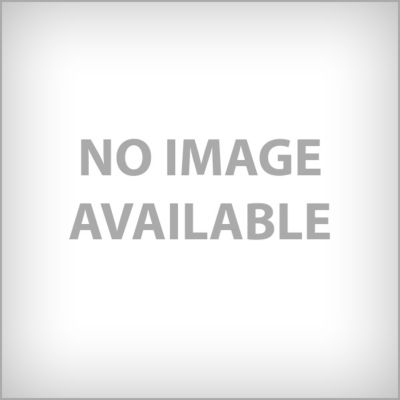 We Saved You a Seat Bible Study

In this 7-session Bible study, Lisa-Jo Baker and friends from (in)courage explore our relationship with Jesus as the ultimate model for authentic friendship. Nothing shapes us like the impact of a friend—it’s how Jesus radically and intimately connects with us.

Lisa-Jo Baker has been the community manager for www.incourage.me, an online home for women all over the world, for nearly a decade. She is the author of Never Unfriended and Surprised by Motherhood, and her writings have been syndicated from New Zealand to New York. She lives just outside Washington, DC, with her husband and their three very loud kids, where she connects, encourages, and champions women in person and through her website, lisajobaker.com. She is convinced that the shortest distance between strangers is a shared awkward story, and she'd love to connect with you on Twitter, Facebook, or Instagram @lisajobaker.