Among our legacy members, probably the most popular of all our approaches has been the collection of flags that encircles the auditorium. The forty-seven flags represent the birth nations of every First Baptist Duluth member. In decades past, the congregation had periodically displayed the flags of the countries where missionaries had been sent out by the church. Therefore, this was something familiar to our legacy members, a tradition they were able to repurpose for a new calling. Virginia Jones represents what we’ve heard from many of our senior adults when she says, “I love seeing all the flags around our congregation that represent all the nations that are here.” This display brings color to our auditorium and serves as a visual symbol of who we are—a united body of believers from all parts of the globe.

As new members from various backgrounds join us, we check to make sure the flag of their country of origin is represented in the lineup. And, of course, the legacy members appreciate that our own nation’s flag stands alongside all the others. The permanent installation of flags that we have today represents the international work that God is doing right in our very own pews! And when visitors from represented countries join us for a worship service, our existing members have an automatic way to connect with them and let them know that they are seen, known, and appreciated.

Lasting change for people is seldom achieved by force; it comes through patient demonstration of God’s Word in action. The best way to create an atmosphere of change is to provide clear examples that model the desired outcome. Legacy members sought people and processes that they could follow with confidence on this new path into the technicolor vision.

“Lasting change for people is seldom achieved by force; it comes through patient demonstration of God’s Word in action.”

Mayor Nancy Harris, a long-time member of our congregation, says, “I know that the resistance of people in my generation and those older than me came from a lack of understanding and exposure, not out of a hardness of heart. But you must keep walking the talk. That’s how you see change, I think. On Sunday mornings, I move around and sit with different people. I know that’s what I’m supposed to be doing, not being cliquish. You end up hugging the same people every Sunday if you’re always sitting in the same place. If you move around, you’re meeting different people and shaking different hands.” Something as simple as where we sit in the church service can represent our heart’s posture, and that can have a profound impact on people. Am I willing to move around and see things from a different perspective or am I staking my ground in my part of the sanctuary?

When we become aware of things like this and make changes in our own everyday actions, we help model the beliefs and values we want to see take root in the broader congregation. Cecil, one of our legacy members, says that by repeatedly watching leaders like Mayor Nancy and myself, he learned by example what our new calling looks like in real life. He says, “I always see Brother Mark go out and move around and talk with the new people. He’s a loving person, a wonderful example. Now, I try to do what he does, too, to show through my actions that I treat everyone the same. In recent times, I’ve made it a point to go up to people from different backgrounds and let them know I’m thankful that they’re there. You’d be surprised how many of these people open their arms and give me a hug. Maybe that’s because I’m an old man, but I’ll take it. That’s the kind of relationship I want to have with people. And maybe seeing me do this has helped change some other people in the church, too.”

As we set out to follow our new calling, many of our legacy members had only been thinking about what they were losing and what they didn’t like about the changes. But as they were repeatedly presented with new people, new cultural elements, and new ways of living out the gospel, they began to see through the fog of their preferences and find a clear path forward.

In the process, they began to have confidence that those of us who had already embraced the new plan were simultaneously embracing them, our legacy members, in the family of faith. The fear of being left out and left behind began to dissipate. Leland Strange says, “You don’t have to destroy the old to create the new. The new will look different from the old, but the old will show through.”

The process of becoming a multicultural church has resembled on-the-job training. Even with all of our intentional planning, this has been a learning process. If I had it to do over again knowing how difficult this was for many of our legacy members, I would have been even more intentional from the very start to vocalize how much each existing member and their shared legacy matter to the future of our church. We wouldn’t be who we are without them.

This transition was not about ignoring our history but about inviting people into our history as a family of faith, while being open to incorporating new elements, too. Over time with repeated efforts to communicate the heart and purpose of the changes, our holdouts began to sense their own worth and value to us as well as sensing the worth and value of our new calling. They began to see that these changes are not about us versus them, but about what’s going to serve God best in this very spot on the map for years and decades to come.

It took many months of following an intentional plan to help acclimate our legacy members to the new life of our church, but with consistent repetition of our shared purpose, providing opportunities for interaction with real people from diverse backgrounds, and surrounding members with the beautiful symbols of our growing ministry, we saw a change in mind, heart, and behavior. Legacy members came to the realization that not only was this plan scriptural and necessary for our church’s future, it was also something that they wanted to participate in.

This post was adapted from Mark Hearn’s new book, Hearing in Technicolor: Mindset Shifts within a Multicultural Congregation. 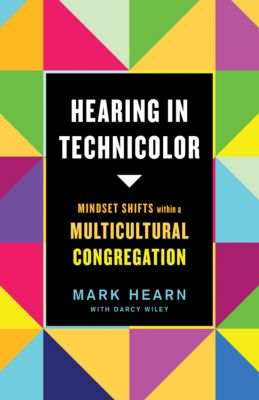 After a movement that brought First Baptist Duluth to reflecting its surrounding community—captured in Pastor Hearn’s first book, Technicolor: Inspiring Your Church to Embrace Multicultural Ministry—members of his congregation discuss the joys, struggles, and triumphs of being a part of a multi-ethnic church, providing a glimpse of the nature of a church that reflects its community.

Mark Hearn has been a pastor for more than thirty-five years. Since 2010, he has served as the senior pastor at First Baptist Church in Duluth, Georgia, one of the most diverse counties in America. During his tenure, the church has transformed from a monolithic Anglo-American congregation to a cross-cultural community with members from thirty-seven different countries. Pastor Mark holds degrees from Carson Newman College, The Southern Baptist Theological Seminary, and Luther Rice Seminary. Mark and his wife Glenda are the parents of four grown daughters and are proud grandparents.