Recently ESPN has been replaying past sporting events, because—as you are well aware— we’re in a global pandemic. Normally we’d be watching baseball this time of year, but there are no live sports to broadcast right now. I was delighted when I heard that they would be replaying the 2006 Rose Bowl BCS National Championship game. College football is hands down my favorite sport to watch and the Texas Longhorns are my favorite team, so I was excited for a great night of sports watching!

Two of my boys and I got comfy, and we watched the entire game that night. And in case you don’t know, my Longhorns won that game. Their win broke a 34-game winning streak by the USC Trojans, and some sports gurus call this one of the best games in college football ever. After watching this entire game again, I agree with them.

Even so, during the game, I was tense. I even yelled at the screen once. I cheered like it was my very first time to see us stop USC on fourth down with two yards to go in the fourth quarter. My son kept saying, “Mom, you know how this ends. You can calm down.” He was right. There was absolutely no reason for me to be nervous, because I knew the ending. Yes, we stopped USC. Yes, we went on to score. And just like before, we went on to win.

I knew the ending the whole time, and yet, I still found myself nervous and anxious in the middle of the game.

This is us right now. Most of us are sheltering in our homes. We don’t know when the coronavirus pandemic will end. We have no idea when a vaccine will be developed. We don’t know what church, school, work, or even life will look like in two weeks, two months, or two years. We don’t know. We’re in the middle of it.

“The end of life has already been determined: Jesus wins.”

But there is something we do know. The end of life has already been determined: Jesus wins. Jesus has already defeated sin, death, and the grave. Jesus told His disciples, “You will have suffering in this world. Be courageous! I have conquered the world.” (John 16:33). So, no matter what happens in our lives in the next two weeks, months, or years, we can be confident that the ending is still the same. Our God reigns!

Have fun and keep playing.

During the game they showed clips from Longhorn coach Mac Brown’s halftime speech to his team. Texas was up at halftime, but both teams were still playing to win. Coach Brown looked at his team and said, “Have fun and keep playing.” In the middle of the biggest game of most of those young men’s lives—with no assurance of a win—he reminded them to keep playing and to have fun. I have repeated this encouragement to myself over and over since re-watching that game.

It’s the understatement of the year to say that life feels really hard right now. You know this. No matter your situation, somehow everything just feels out of control. People are dying, losing family members and friends, losing jobs, struggling in so many ways, and it feels like the end is nowhere in sight.

Here’s our hope in all of this: we know the ending. We are in the middle now—the middle of the coronavirus situation—but actually, we’re in the middle of an even bigger story. We’re in between what happened on the cross and what is awaiting us in eternity. In a way, it’s halftime. And we have something those Longhorns didn’t have—the final score.

Our God reigns. We can keep playing, keep showing up for our people, keep spreading joy, and keep pointing people to Jesus, because the victory has already been determined. The way we do these things certainly looks different than it has before, but in the middle of the story, we can still play and have fun.

Keep playing. Have fun. Jesus wins in the end. 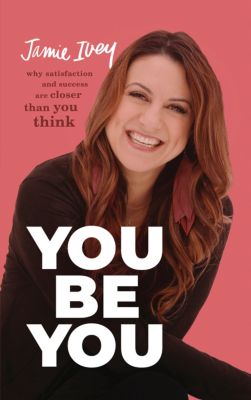