I recently finished writing a Bible study on the life of Joseph. His story is captivating for countless reasons—we all “get” Joseph on some level. We can relate to him. We may never have had a multicolored robe that nearly cost us our lives hanging next to our sundresses or ties, and we probably haven’t traveled by camel to a foreign land as a slave. But we patently understand difficult family relationships. We’ve experienced betrayal. Broken dreams have nearly sunk us. We know unfair. And almost every one of us has wondered at some point in our lives, Where is God? If none of those have a familiar ring, surely we can all relate to struggling to forgive someone when forgiveness felt perfectly impossible.

But another part of Joseph’s story stood out to me that is harder to define. Something I’d never seen before. When Joseph was sold as a slave into the foreign and pagan land of Egypt (Gen 37:28) this experience was not only devastating, it also appears to be in the wrong direction. If we go back to God’s covenant with Abraham (Abram) in Genesis 12:1-5, part of God’s promise to Abraham and his descendants was the gift of land, specifically the land of Canaan. What Abraham and Sarah, Isaac and Rebekah, and Jacob and Rachel and Leah (and their children, including Joseph) all got to experience at different times in their lives was life in this land of promise. Canaan was the promised land, not Egypt.

If Joseph was aware of God’s covenant with Abraham—and I have to believe he was—what must it have felt like for him to be traveling away from Canaan? It’s one thing to suffer in the direction of God’s will; it’s another to suffer when you think you’re heading against it. But what we find explicitly in Genesis 39:1-5, 21-23 is that the Lord was with Joseph in Egypt. We discover that the God of promise is able to dwell outside the land of promise. And that He’s even better than His promises. This, of course, isn’t to suggest that God doesn’t keep His promises or that He runs counter to them. It simply shows us that His presence is better than anything we can imagine, including His gifts.

“If our heart is in the right place before God, we can trust that our path will be too.”

If we go back to Genesis 17:13 we see that God told Abraham about a time when his descendants would live as foreigners for four hundred years in a land that wasn’t their own. Again, it’s hard to know how much Joseph knew about these conversations God had with Abraham, but even if Joseph was aware of this information Egypt wasn’t specified. Plus, it would have been really hard for Joseph to put together that he was the one who’d be kicking off this four hundred year stint in a foreign land. On top of the unspeakable pain of being sold as a slave into Egypt, being taken away from Canaan had to be terribly confusing for him on a spiritual level.

Joseph’s story reminds me that when it seems like some part of our life is running counter to God’s will, it’s possible we feel this way because we don’t know the whole story. We don’t have the big picture. Though the first several years of Joseph’s life in Egypt must have felt way outside of God’s plan, Joseph’s detour to Egypt was no detour at all. God would use Egypt as the place where Abraham’s descendants would proliferate into the nation of Israel. Joseph was right where God wanted him.

Of course, there are times when we feel like our life is running counter to God’s will because it is. We’re choosing the pleasures of sin over obedience, we’re harboring unforgiveness, we’re going for the money instead of the ministry, or whatever the case may be. But if our heart is in the right place before God, we can trust that our path will be too. And even more so, we can trust that God’s presence will accompany us. And the God of Promise is even better than the land of Promise. 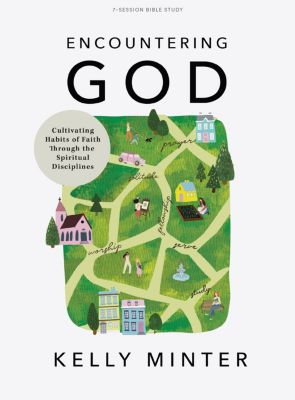